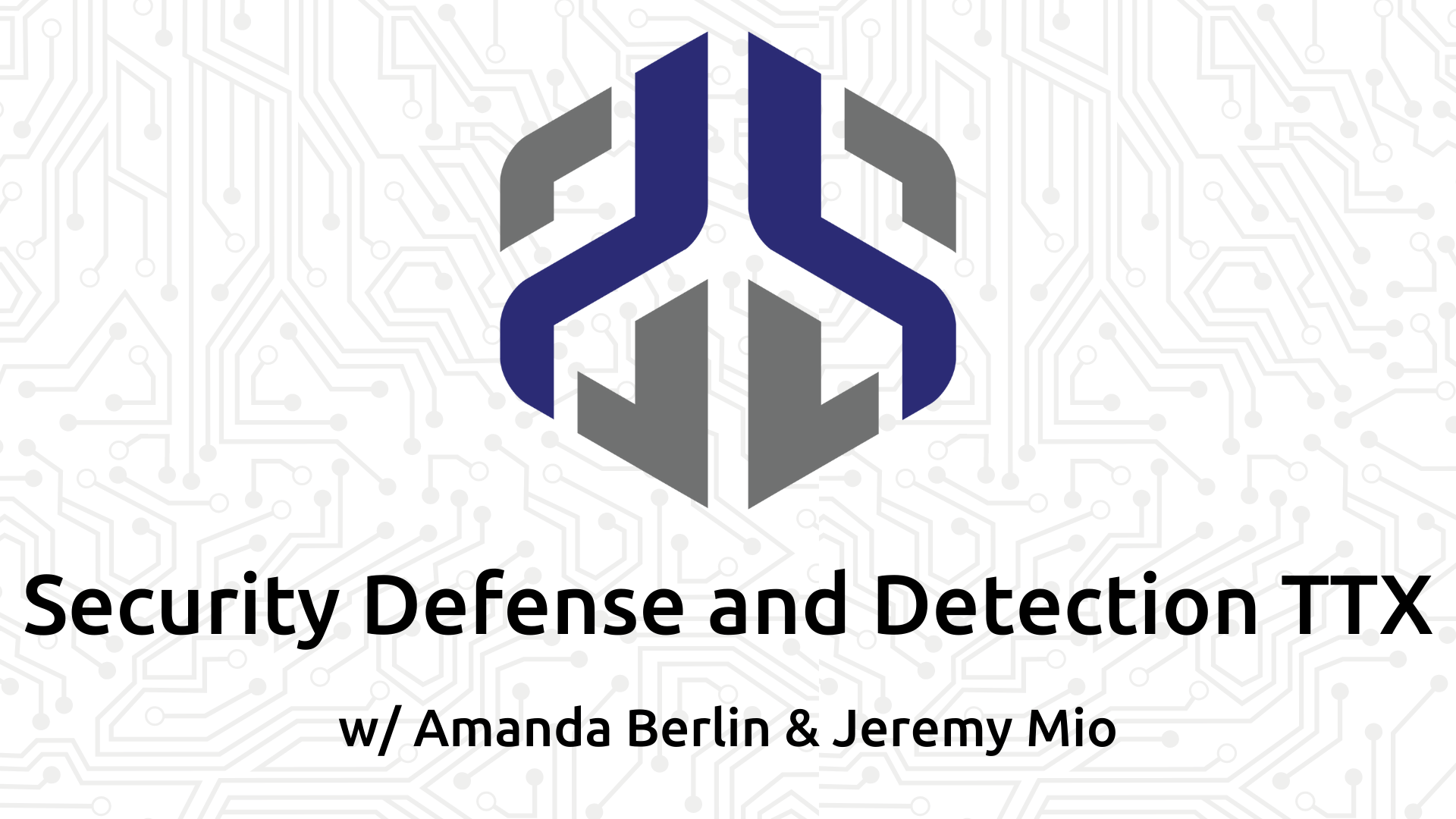 Security Defense and Detection TTX is a comprehensive four-day tabletop exercise that involves the introduction to completion of security TTXs (tabletop exercises), IR playbooks, and after-action reports. The exercises are paired with video and lab demonstrations that reinforce their purpose. The training as a whole is compatible with the world’s most popular RPG rules.

The preparation phase will walk students through the creation of specific IR playbooks that can be utilized in any environment as well as during later parts of the class. The next phase introduces the gamification of the TTXs. The students split up into separate “corporations” with assigned verticals, hit points, armor class, budgets, strengths, and weaknesses. Selection of departments and skills allow the players to further their modifiers. Throughout the exercise, each company will take turns rolling their way through decisions such as large purchases, attack severity, defense capability, and incident response decisions.